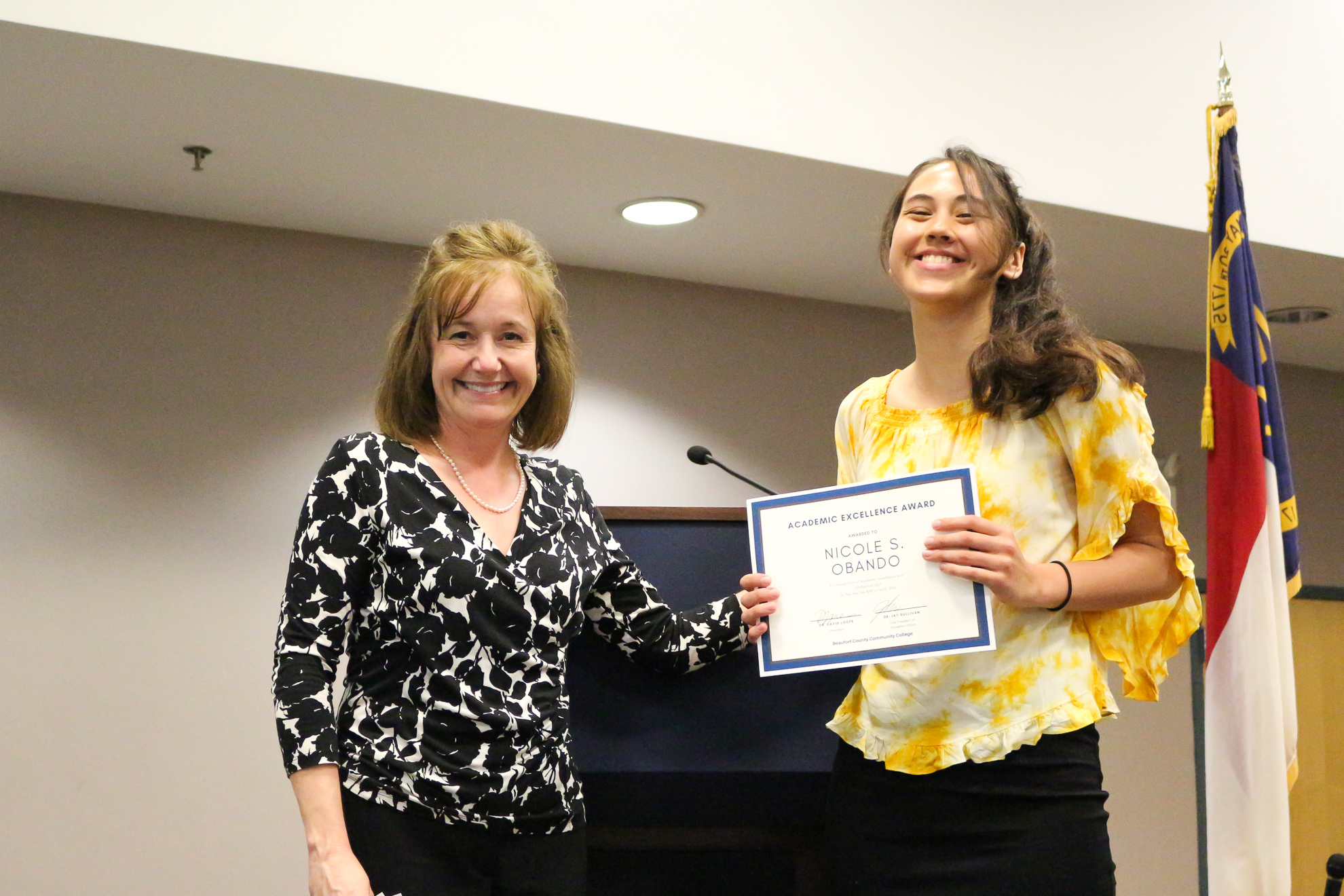 Nominations for the award are based on a grade point average of 3.5 or better and a student’s involvement on campus and in the community. Instructors within their academic divisions nominate the students. Dr. Kimberly Mullis, lead professor for mathematics, health & PE, was happy to nominate Obando.

“Nicole is one of my very best students, who is hardworking and strives to do her best personally and academically,” said Mullis. “She is remarkably strong, finishing at the top of her class despite circumstances that would stop many of us.”

Obando is a first-generation college student, the daughter of Peruvian and Russian immigrants. She came to BCCC to start college while completing her high school education. Career and College Promise is a dual-enrollment program that allows high school students to start taking college classes or free. They stay enrolled in their high school, while attending classes either in person or online. Obando completed her homeschool high school program in June of 2018.

She was hesitant about coming to community college after only being homeschooled, but she said, “the teachers and students I met were very encouraging and offered me their utmost support when I needed it, which helped me to grow.”

“I was able to get out of my comfort zone and achieve my goals one step at a time with dedication, determination and trust,” she said.

“Many times, I observed her stepping out of her comfort zone,” said Mullis. “She began overcoming her struggle by asking questions in class, interacting with peers, and talking with people across campus.”

Obando now moves forward, ready to create the tools needed to explore a universe that can make the boldest of people feel intimidated and afraid to step out of their comfort zone. She shared a quote from Theodore Von Karman: “Scientists study the world as it is, engineers create the world that never has been.” BCCC wishes Nicole Obando well as she embarks on a journey to create a world that has never been.