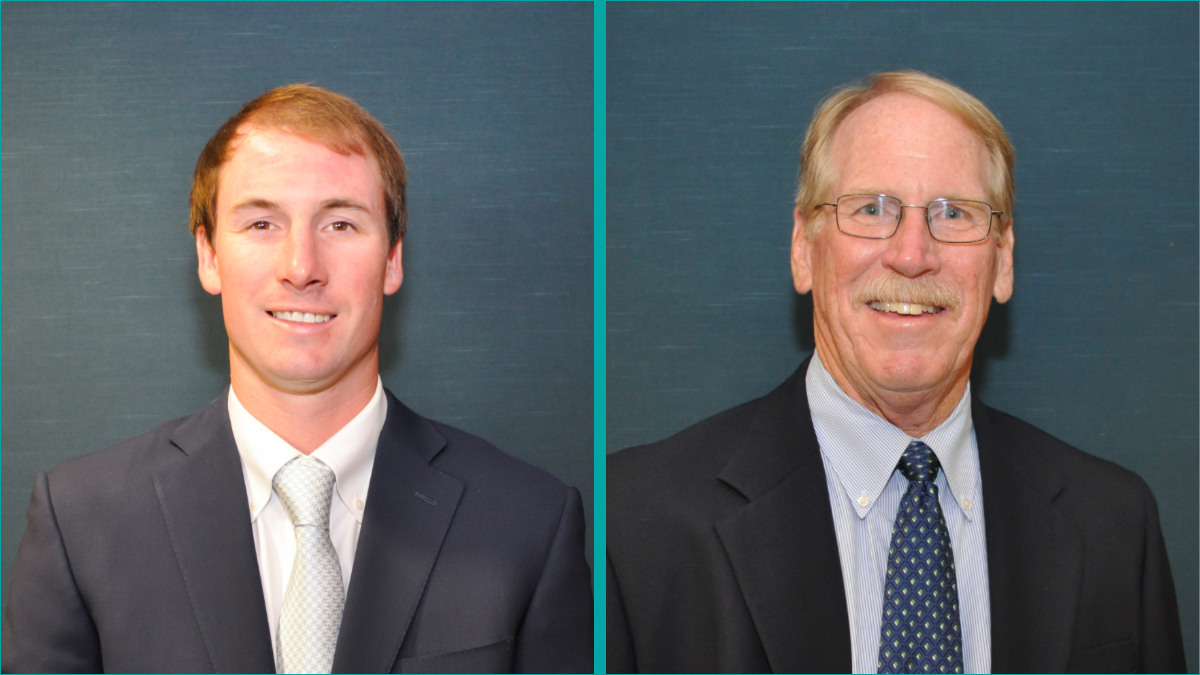 Archie Griffin (left) and John Rodman recently joined the BCCC Board of Trustees.

Steven Archie Griffin operates Griffin Farms, Inc. He earned a Master of Business Administration from East Carolina University. He currently serves as the Supervisor for the Beaufort County Soil & Water Conservation District and was selected and sponsored by TIAA-Cref as the second United States citizen for the Nuffield International Farming Scholars. He is also a graduate of the Executive Farm Management Program and a board member of the North Carolina Crop Improvement Association. Mr. Griffin is a resident of Washington, and he took summer classes at BCCC while he completed his Bachelor of Science in Plant and Soil Science at North Carolina State University.

John Rodman is a retired city planner who worked with local governments in Beaufort County for 29 years, including 10 years with Beaufort County and 20 years with the City of Washington. He served as Director of Community and Cultural Services, overseeing the Planning & Development, Building Inspections, Historic Preservation, Parks & Recreation and Library Service departments. He holds a Municipal Administration Certificate from the UNC School of Government, and he is certified through the American Institute of Certified Planners. He earned a Bachelor of Science in Urban and Regional Planning from East Carolina University. His wife Janet taught for over 20 years with BCCC’s Division of Continuing Education. She is currently an English-as-a-second-language teacher with Beaufort County Schools.

“The college is most fortunate to draw on the experience and knowledge of Mr. Griffin and Mr. Rodman,” said Dr. Dave Loope, President of BCCC. “Their combined backgrounds in agriculture and planning complement well BCCC’s other trustees and our essential service to rural, Eastern North Carolina.”

The BCCC Board of Trustees oversees Beaufort County Community College in its mission as a public, comprehensive community college that provides open-door access to university transfer, workforce development, and life-long learning programs for the people of Beaufort, Hyde, Tyrrell, and Washington Counties. The college strives to be an innovative community leader that promotes economic and social mobility through educational opportunities linked to workforce development, public service, and cultural and personal enrichment.