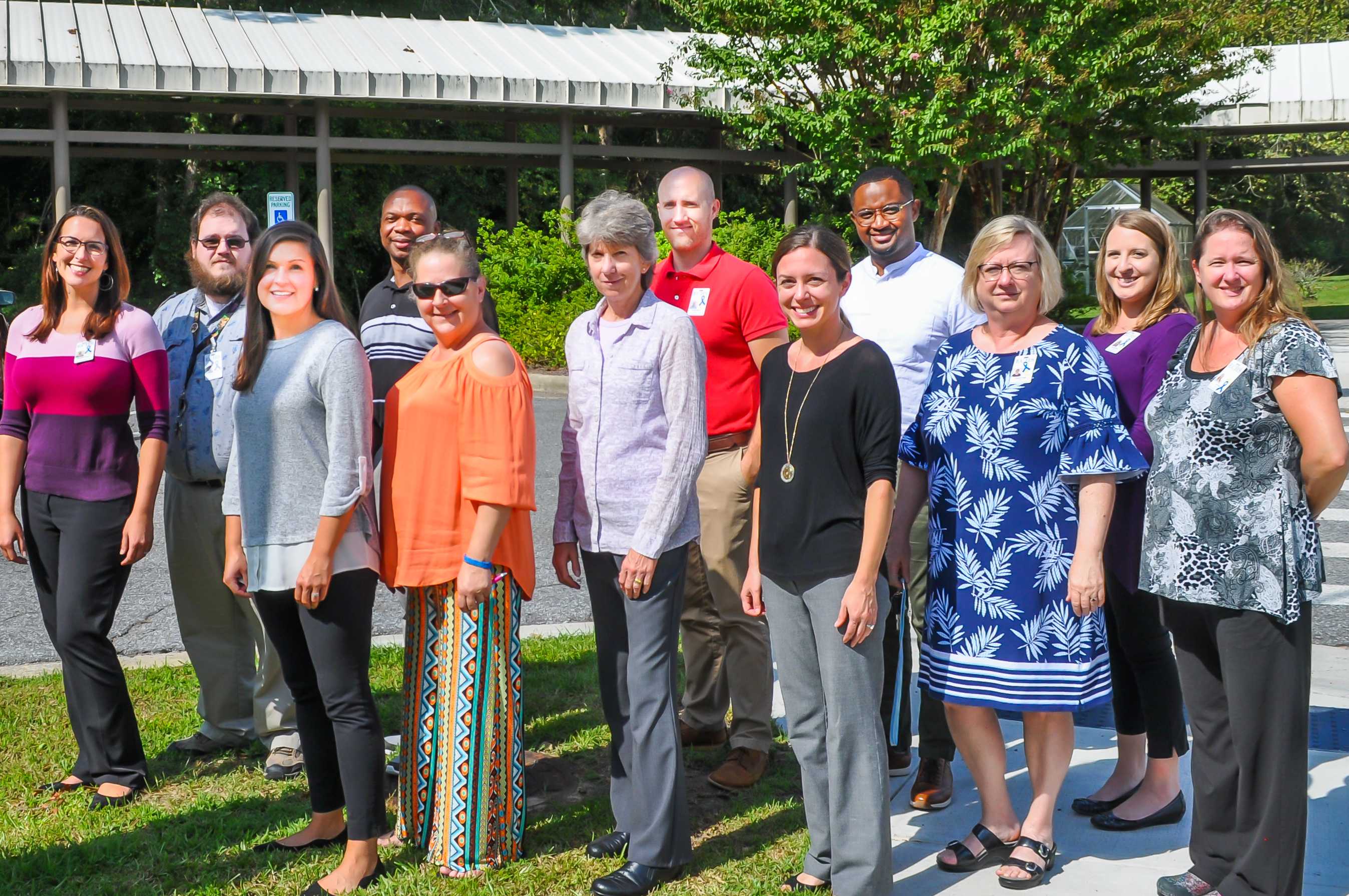 The growth ranking for Beaufort County Early College High School is the highest since rankings started in 2014. Principal Emily Pake (third from left) is pictured with BCECHS teachers and staff.

The Beaufort County Early College High School has hit a new high for student success. The high school was listed among the top 119 schools in all of North Carolina on the latest School Report Card, ranked by its performance measures. The school scored a 4.67 for growth, its highest since 2014, placing it twelfth in the state for performance score and growth.

“We look at where we are and we always try to do better the next year,” she said. “What can we do differently to continue to improve? We are in competition with ourselves,” she said. “The 4.67 is the highest growth score we’ve achieved since they started this accountability model.”

The achievement score looks at English II proficiency, pass rates for math I and III, ACT scores, graduation rate, and proficiency in biology. BCECHS scored a 97.6 for achievement. For growth, the measure look to improvements in math I and III and English II. The high school scored a growth score of 91.1, and was rated as “exceeded expectations”.

“Our teachers set high expectations, and our students rise to meet them,” said Pake. “Our students have reading and writing assignments every night. They have to be committed. They sometimes give up things that they would rather do socially to focus on their education, and I commend them for that, because that’s a hard decision to make when you’re a teenager.”

To achieve this high growth score, the high school monitors students grades weekly so it can intervene sooner if there is a problem. Teachers and staff have constant interaction with parents and share more strategies to succeed, and the small school offers the opportunity for one-on-one support. At the same time, these students also learn a high level of personal responsibility.

The early college high school model creates a smooth transition between community college and high school, with students earning both a high school diploma and an associate’s degree over the course of five years. Students start out exclusively in high school classes in Buildings 5 and 10 of Beaufort County Community College. During their final years, they take classes across campus with other college students, and they are tasked with the same expectations and responsibilities as these other college students.

The success of BCECHS students has translated into success on the college level. Some of these students have gone on to earn top honors at BCCC and joined Gamma Beta Phi, BCCC’s honor society. Last year, BCECHS student Leah Beth Warren won the national Phi Theta Kappa All-USA Scholarship, an honor only extended to 20 students nationally. Warren was the first BCCC student to win the award.