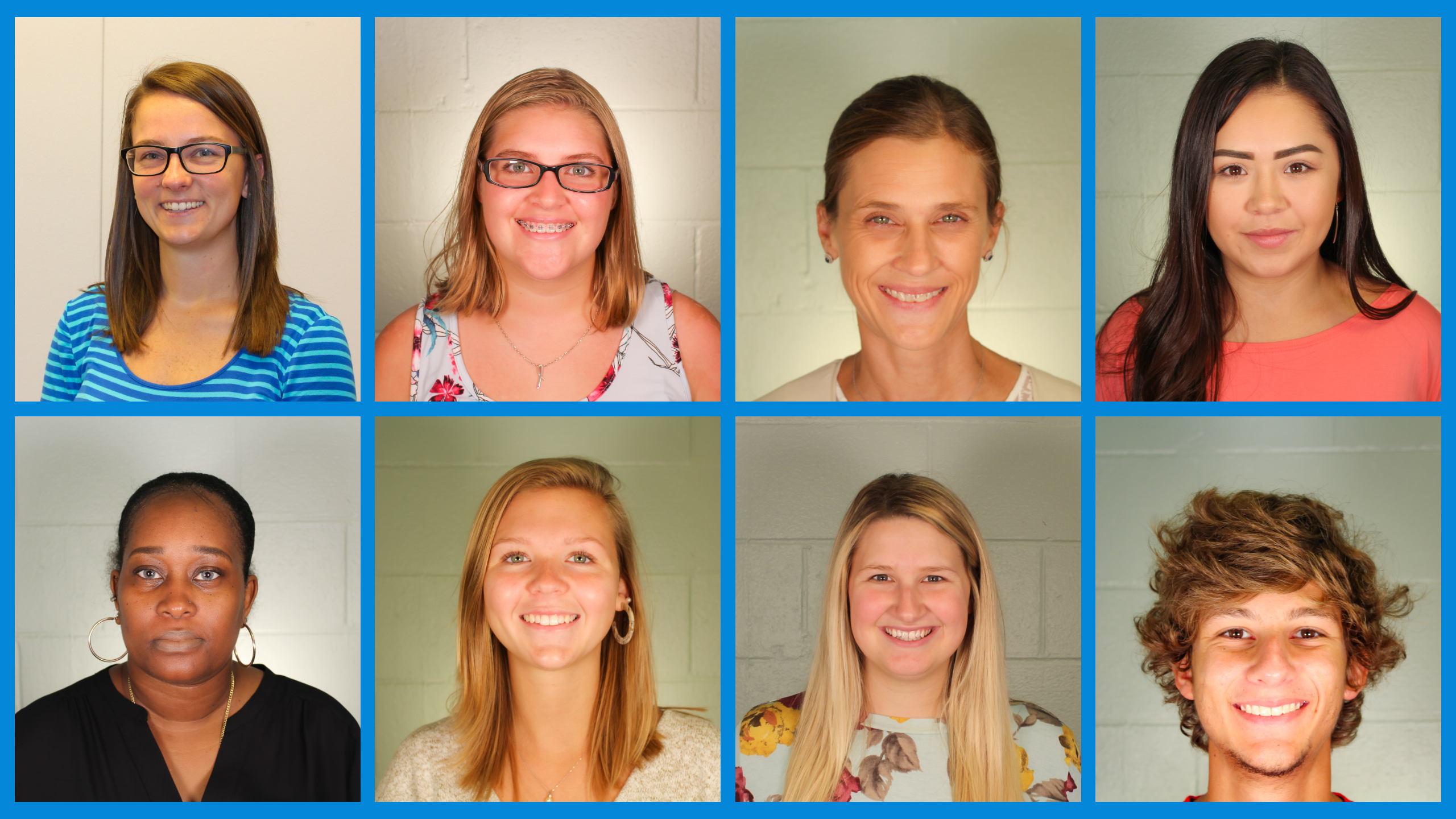 The Beaufort County Community College Foundation is proud to announce the following scholarship recipients for the fall 2019 semester. Students can apply now for spring scholarships. They can still sign up for Late-Start classes starting in October. Tickets are still available for the BCCC Foundation’s fundraiser featuring music from the Embers Featuring Craig Woolard at the Washington Civic Center on October 24.

Morgan Peaden, 25, received the Levi Scott McGowan Scholarship. The Washington resident is a nursing student. She attended Washington High School and holds a Bachelor of Science in Biology. She is the wife of Phillip Peaden and plans to become a pediatric nurse.

Haylee Perry, 17, received the Tayloe’s Hospital Pharmacy Medical Scholarship. The Williamston resident is a nursing student. She attended Bear Grass Charter School. She is the daughter of Brian and Renee Perry of Williamston and plans work at the James & Connie Maynard Children’s Hospital.

Tayloe’s Hospital Pharmacy Medical Scholarships are awarded annually to students pursuing a career in the medical field. Qualifying students will have a 2.5 GPA or greater and must be a resident of Beaufort, Hyde, Martin, Tyrrell or Washington County. Student must demonstrate financial need. Preference is given to current or former employees of Tayloe’s Hospital Pharmacy.

Katie Pickens, 38, received the Louise P. Kidwell and Jarl & Grey Bowers scholarships. The Washington resident is a business administration student. She attended Washington High School, and she plans to transfer to East Carolina University. She is a mother of one and the daughter of Susan Pickens of Washington and Bill and Terry Pickens of Youngsville, N.C. She currently works as an insurance adjuster at HBA Claims.

Louise Proctor Kidwell’s children, Ronald, Mark, Proctor, Mary Lou, and Keith started this endowment in 2008 to memorialize their mother’s accomplishments. She worked as an accountant in NYC for 17 years before joining H&R Block. In 1976 she passed the IRS Enrolled Agent exam and in 1979 purchased the Washington NC H&R Block franchise and opened LPK Accounting Service. She worked in both of these businesses until her death. Kidwell was a role model for women in the business world and continues to be so through this perpetual scholarship for BCCC business or accounting students.

Grey Worley and Jarl E. Bowers provided for this endowment in their wills. Grey Bowers was a home economics teacher and Jarl Bowers was a successful businessman and community leader. The Bowers believed deeply in the value of education as well as the mission of BCCC, and bequeathed this endowment in 2008 to help students demonstrating need and enrolled in a curriculum program at BCCC.

Araceli Ramirez, 31, received the Tayloe Memorial Scholarship. The Farmville resident is a practical nursing student. She attended Northside High School, and she plans to move into the Associate Degree Nursing program. She currently works as a server at Mi Caba˜a Mexican Restaurant.

Aisha Reynolds-Langley, 42, received the Hannah Page Scholarship. The Greenville resident is a medical office administration student. She attended Sachem North High School, and she plans to work in the medical field.

Family and friends established the Hannah Page Endowment in December 1999. She was a beloved faculty member in the BCCC Business Division. The endowment provides an annual scholarship to a medical office administration student.

Caroline Rhodes, 19, received the Doris Eakes Scholarship. The Greenville resident is a nursing student. She attended D.H. Conley High School, and she plans to work as an oncology nurse. She currently works with Interim Healthcare as a home health aide. She is the daughter of William and Mary Rhodes of Greenville.

Doris Wallace Eakes, originally from Beaufort County, started this endowment to memorialize her father, Carmer Wallace, and her husband Joseph Eakes. Doris and her husband owned numerous nursing homes and shared a passion for good nursing care. Thus, the proceeds from this endowment support nursing scholarships.

Jordan Rimarski, 23, received the Louise R. Lester Foundation Scholarship. The Bath resident is a practical nursing student. She attended Pasquotank High School, and she holds a Bachelor of Science in Youth and Family Ministry from Mid-Atlantic Christian University. The mother of one is the wife of David Rimarski. She currently works as a mental health technician at Vidant Behavioral Health. She plans to continue her nursing education.

Conner Riley, 18, received the Myrtle Cutler Jones Scholarship. The Greenville resident is working toward his Associate in Science. He attended Unity Christian Academy and he currently works at Top Dog Academy. The son of Dawn and James Lewis of Greenville, he plans to work in anesthesiology.

Established in 2002 by the family of Myrtle Cutler Jones, this fund provides an annual scholarship to a second year BCCC student in a medical technology program. Jones, a Beaufort County native, recognized the importance of a medical facility in a rural community. She wanted her estate to benefit students in the medical field. Recipients must have at least a 3.0 GPA.