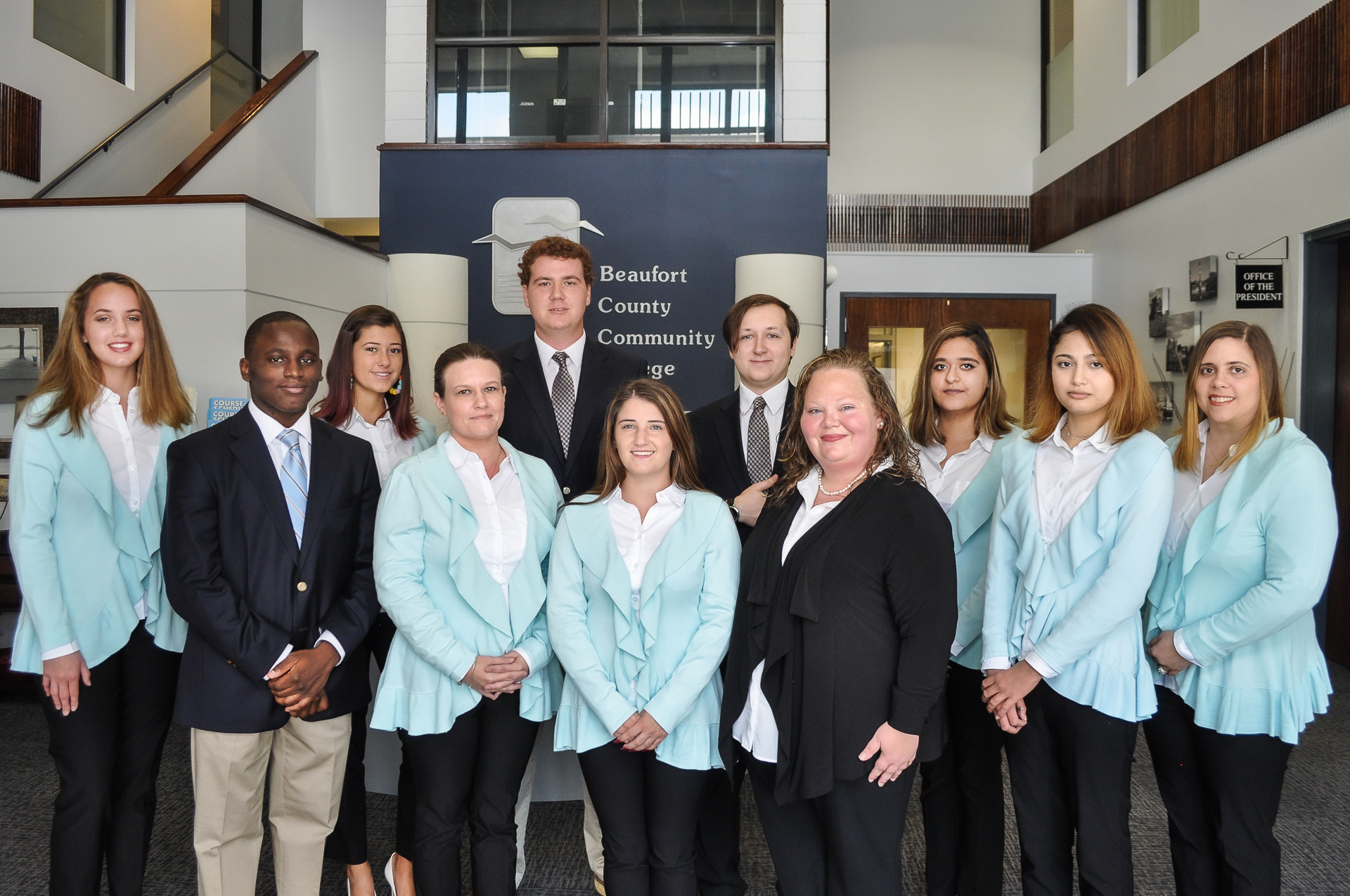 Nicholas Blackford, 19, of Washington, is pursuing an Associate in Arts. He was homeschooled and currently works as a cook at Shep’s Grill. Son of Mike and Debbie Blackford, he plans to pursue a degree in computer science.

Marshall “Tanner” Boyd, 19, of Blounts Creek, is pursuing an Associate in Applied Science in Mechanical Engineering Technology. Boyd attended Gilead Christian School, and he plans to continue working in his field. Son of Billy and Marsha Boyd of Blounts Creek, he currently works as a salesperson for Southside Farms, as a salesperson/stocker for Tractor Supply and machinist at Carver Machine Works.

Sarabeth Boyd, 17, is a future Meredith College student who is working on her Associate in Arts. The Pinetown resident attends Northside High School, and she is the daughter of Doug and Tammy Boyd of Pinetown.

Jamie Keel, 34, is working toward an Associate in Arts. She attended Northside High School, and she plans to transfer to a university to complete a social work/counseling program. She a mother of two, and wife of Paul Keel. The Chocowinity resident work at Pamlico Animal Hospital as a veterinary technician.

Amber Marie Koonce, 23, of Pantego, is a medical office administration student. Wife of Gary Koonce and mother of three, she attended Washington High School. Koonce works as a receptionist at Ridgewood Rehabilitation & Living Center. In addition to earning her Associate in Applied Science in Medical Office Administration, she plans to become a Registered Medical Assistant.

My-Kuz Moore, 17, is pursuing an Associate in Arts and an Associate in Science. The Chocowinity resident is the son of Lortoria Warren of Chocowinity and Emmanuel Moore of Greenville. He is part of the Beaufort County Early College High School and plans to transfer to a university.

Berenice Garcia Reyes, 18, is working toward an Associate in Arts. She attended Washington High School and plans to attend East Carolina University. She is the daughter of Veronica Reyes and Gildardo Garcia. She currently works as a work-study student at BCCC.

Kira Rosario, 36, of Washington, is pursuing a degree in medical laboratory technology. She currently works at Athletic Edge Sports & Fitness Center. Rosario attended Southside High School. Partner of Steve Elliott, and daughter of Darlyne Rosario and the late Doc Rosario, she plans to attend Winston-Salem State University to finish a Bachelor of Science in Clinical Science. She holds an Associate in General Education.

Berly Leticia Soto, 19, of Belhaven, is pursuing a pre-nursing student who plans to earn a Bachelor of Science in Nursing. A graduate of Northside High School, she is the daughter of Maria Leticia Soto of Belhaven. She currently works as a work-study student at BCCC.

Roxanne Tate, 33, of Washington, is a human services technology student. Tate earned her GED at BCCC and plans to work with the Department of Children and Families. She is a mother of one, and daughter of Shirley Tate of Washington.

Ambassadors represent the college at community functions and help with recruitment in exchange for a scholarship. Ambassadors chosen from the Early College High School receive a stipend.

As part of the selection process, applicants were asked to submit a resume and to participate in an interview. A panel comprised of members of the BCCC Foundation Board of Directors and local business and civic leaders conducted interviews in an informal setting with candidates for the position.