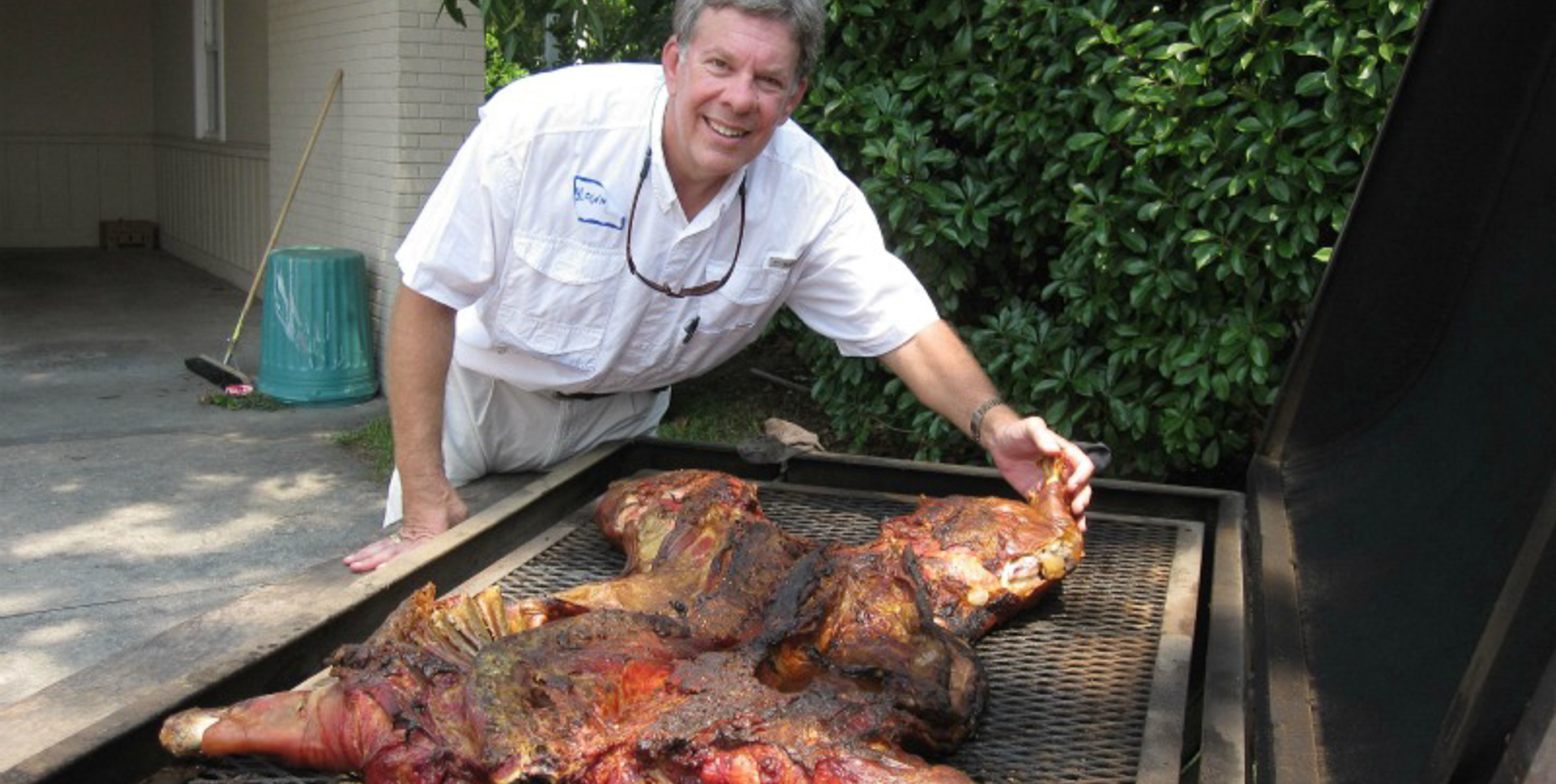 Barbecuing a pig is a long-standing tradition in Eastern North Carolina and the state has gained a nationwide reputation for the craft. As part of its Community Voices series, the Beaufort County Community College Library will host two celebrated cooks at Community Voices: Local Legends, where Brownie Futrell and Mark Woolard will cook two pigs, one using gas and one using charcoal. Participants can sample the pulled pork and immerse themselves one last time in the North Carolina Department of Natural and Cultural Resources’ “The Story of BBQ in N.C.” traveling exhibit. The library has hosted the exhibit since December. The event is free, but limited to 150 participants who must sign up by coming to the library, calling, or emailing. The local legends will be leading a discussion and answering questions from 4:00-4:30 p.m. on January 30.

Brownie Futrell is a retired Pulitzer Prize-winning newspaper publisher who now has time to pursue his passion for barbecue. He has been judging barbecue competitions for the past 20 years, and is certified by the N.C. Pork Council, the Kansas City Barbecue Society, the Memphis Barbecue Network, and the Steak Cookoff Association. While each organization is different in its approach, and each has its own endearing qualities that make it both unique and commendable, his heart remains with the Pork Council, where he serves as a member of its barbecue committee. He believes whole hog cooking is the best test of a chef’s overall cooking expertise, and he particularly enjoys on-site judging. He has judged competitions from New Hampshire to Mississippi and has judged the world championship in Memphis for the past fifteen years. He has written about barbecue for Williams-Sonoma and has been seen on the Discovery Network and films produced by the N.C. Pork Council. Brownie is a trained volunteer with both the Salvation Army and Operation Barbecue Relief, and has prepared and served meals during and following natural disasters.

Mark Woolard, along with his wife Nora Jo and son Evan, is a member of his family's competition barbecue team which finished third in the state in 2019 for natural heat source whole hog cooking.

“We are excited to showcase a tradition that so many families in our region grew up with,” said Paula Hopper, library director at BCCC. “Mr. Futrell and Mr. Woolard really are celebrities in the barbecue world, so we are pleased that they are offering their talents to the college.”

According the N.C. Dept. of Natural & Cultural Resources, “The Story of BBQ in North Carolina” explores the emergence of hog cultivation and food made from them as a centerpiece of many gatherings. The exhibit looks at the different sauces, looking at the similarities between the eastern vinegar base and the western tomato ketchup-enhanced.

Funded by the N.C. Pork Council, accompanying educational materials include STEM-based activities, a "Healthy Helpings" board game and a play kitchen for the youngest visitors to explore healthy eating options.

This is the second food-based Community Voices event the library has hosted recently. In September, its Community Voices presentation focused on church cuisine and brought together area churches to discuss the connection between food to faith.

In order to sign up, participants must call 252-940-6282, email library@beaufortccc.edu, or sign up in person at the library.

SlowCOVIDNC App available to now to all NC residents