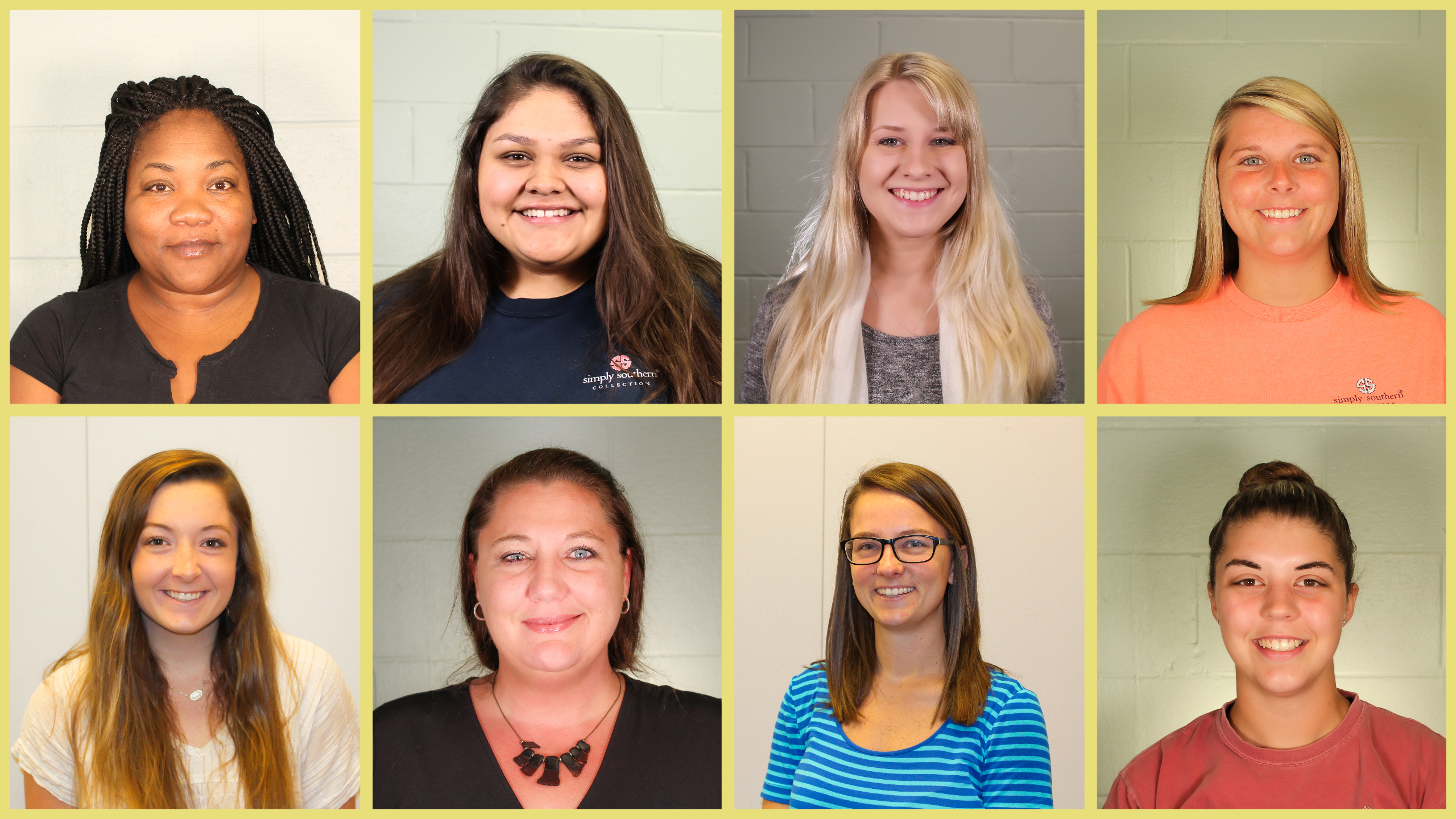 The Beaufort County Community College Foundation is proud to announce the following scholarship recipients for the spring 2020 semester. The BCCC Foundation has awarded over $180,000 in scholarships during the 2019-2020 academic year. Students can apply now for fall 2020 scholarships as they register for classes.

Bonita Chapman, 42, received the Jarl & Grey Bowers Scholarship. She is a Greenville resident who is part of the nursing program. Chapman attended D.H. Conley High School, holds an Associate in Applied Science in Criminal Justice, and she plans to work as a nurse. She currently works at Walter B. Jones Alcohol & Drug Abuse Treatment Center as a health care technician. She is a mother of three.

This scholarship honors the memories of Grey Worley Bowers and Jarl E. Bowers. Mrs. Bowers taught home economics in Waltonsburg, Bailey and at Washington High School. She was an accomplished pianist and organ player. Mr. Bowers served in the U.S. Army, where he was wounded in the Battle of the Bulge during World War II, resulting in a Purple Heart. He worked in insurance and finance. Both were active members of St. Peter’s Episcopal Church.

Anna Chavez, 18, received the Linda L. Penrod Scholarship. She is a Creswell resident and a nursing student. She attended Washington County High School and plans to become a registered nurse. She is the daughter of Manuel and Tina Chavez of Creswell.

Loren Cherry, 23, received the Robert Farrish and the Louise R. Lester Foundation scholarships. She is a Washington resident and a business administration student. She currently works at Custom Carpentry, LLC as a secretary. She attended Northside High School, and she is the daughter of Lee Cherry and the late Neva Pridgen Cherry of Washington.

Rebecca Farrish established this endowment in 2005 to honor the memory of her husband with scholarships that are reflective of his talents and interests in life. The scholarships are awarded to students in the business, criminal justice or automotive technology programs each year, and are based on need.

Founded in 2001, the Louse R. Lester Foundation builds on the charitable works of Mrs. Louise Robertson Lester. Mrs. Lester was a native of Martinsville, Va., and attended Bentley Business College, Gassaway Business College, and, later in life, Patrick Henry Community College and Averett College. She was an accomplished artist, producing beautiful paintings and poetry. The Louise R. Lester Foundation seeks to effect positive change in the communities and lives of the people who are served through its philanthropic support. They seek to build effective relationships with grantees through a willingness to understand the challenges they face. Scholarships are available for students facing financial challenges to continue their college education.

Samantha Johnson, 22, received the Rita Toler Scholarship. She is a Washington resident and a pre-nursing student working toward an Associate in General Education. She attended Washington High School. The daughter of Michelle and Harold Johnson of Washington, she currently works at Gaskins Land Surveying as a receptionist. She plans to continue her nursing education.

Established in 2003, by her husband Gary and daughter Kelly T. Harding, in memory of Rita B. Toler, this scholarship for accounting students honors Toler’s 32-year career in the BCCC Business office. Toler retired from her college Controller position in 2003 and is fondly remembered for her commitment to accuracy and integrity in accounting. Her wish was to pass this on to others. Scholarships are given to students with a GPA of 3.0 or greater who plan on continuing to a 4-year university with a concentration in accounting.

Grace Lassiter, 19, received the Robert Farrish Scholarship. She is a Washington resident and a nursing student. The daughter of Billy Lassiter and Renee Asby, she attended Washington High School. She currently works at Ribeyes of Washington as a server. She plans to become a nurse.

Rebecca Farrish established this endowment in 2005 to honor the memory of her husband with scholarships that are reflective of his talents and interests in life. The scholarships are awarded to students in the business, criminal justice or automotive technology programs each year, and are based on need.

Jennifer Lee Matheson, 39, received the Dr. David & Terri McLawhorn Scholarship. She is a Washington resident working on her AAS in Human Services Technology. She holds an AA and an AS in Medical Office Administration. She plans to open a self-care and wellness center for domestic violence survivors. She is a mother of two.

Dr. David McLawhorn initiated this endowment in 2004. As president of BCCC from July of 2001 through May of 2012, Dr. McLawhorn created the fund to supplement the work of the Foundation for students who demonstrate need and academic promise.

Morgan Peaden, 26, received the Linda L. Penrod and the Levi Scott McGowan scholarships. She is a Washington resident and a nursing student. She attended Washington High School and holds a Bachelor of Science in Biology. She is the wife of Phillip Peaden and plans to become a pediatric nurse.

Katlynn Stotesberry, 18, received the Coca Cola Scholarship. She is a Plymouth resident and a nursing student. She attended Lawrence Academy and plans to earn a BS in Nursing.