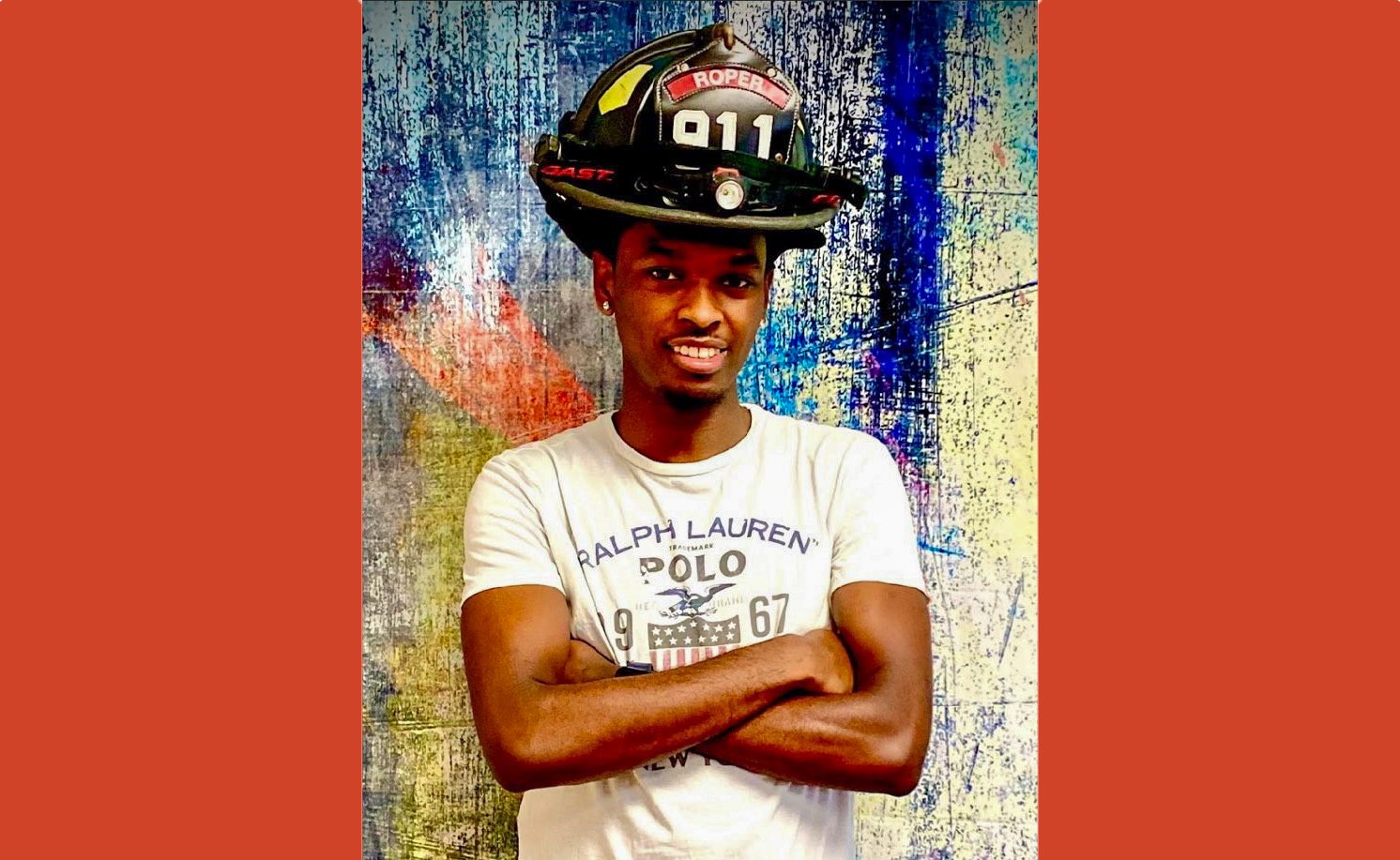 Two things drive Jahi Walker: passion for our community and adrenaline. The Roper and Plymouth volunteer firefighter will earn his Associate in Applied Science (AAS) in Criminal Justice Technology from Beaufort County Community College and his high school diploma from Washington County Early College High School (WCECHS) this May. When not in school or responding to calls, Walker also organizes parties that he DJs to create safe spaces for his peers. He will be the first student at WCECHS to earn an AAS in Criminal Justice Technology.

“I like helping people any way I can,” says Walker. “When we are doing training or getting gas, we stop to see how people are doing, or we will help change flat tires in the dark. We have a small community. I would love to make a great change in my community and be that impact.”

“I know people will say we need some good people out here,” he continues. “I know crazy things are going on like COVID and the police department. I want people to see that there are good first responders out there. At the end of the day, we still work side-by-side with the police department, so I hope people trust me as much as I trust them.”

After Walker graduates from WCECHS in May, he will start the fire academy at Martin Community College. He has had a passion for being a first responder since a young age. He was the captain of the Explorer program in Washington County, working closely with the police department. He moved on to working with the fire department and became a junior firefighter at 16. Since turning 18, he has performed all firefighting functions, including entering house fires and being the first to enter a scene.

Washington County sees an abundance of beach traffic, so first responders are often responding to collisions from through-traffic, but Walker said that responding to house fires and cardiac arrests is far more intense.

“We get a lot of cardiac arrest calls, so we have to go out and do CPR,” he said. “We have two ambulances for four towns, so sometimes they are on the other side of the county and the fire department is first on the scene, and we have to start first aid on them until an ambulance can come or a helicopter comes down.”

Performing CPR is a physically demanding role that requires a lot of stamina, so it often falls on Walker and some of the other younger firefighters. Because several of the firefighters in the department are early college students, they have an understanding with their captain so no one falls behind on their course work.

“I have to weigh what’s more important, so sometimes I will not take a call because I have a paper due. He understands,” says Walker of his fire captain, “so he will put in a call to other departments for mutual aid to fill our spots.”

Under the five-year early college high school model, students have the opportunity to earn a high school diploma and an associate’s degree for free from Beaufort County Community College, helping them save money on college or start work sooner.

His plan is to work at a mid-sized city such as Greenville, Washington or Wilson, working his way up to captain, and as a career goal he would like to become the fire chief of a department in a larger city.

In addition to his firefighting career, he plans to become a state trooper, using his Criminal Justice Technology degree toward this goal. Walker has a number of relatives who work in law enforcement, including on the federal level. He plans to juggle his days working as a state trooper with his days as firefighter.

Walker’s passion for community service does not end at emergency situations. Impacted by some of the tragic situations he has witnessed as a firefighter, he runs a part-time DJ business through which he creates safe and exciting situations for youth in his community. A drum major in marching band since he was 13, Walker started to DJ at school events at 16. He saw a need for his talents outside of school as well.

“Our community is small, and I know there is not a lot for young people,” he acknowledges. “I know at my parties they’re not smoking, they’re not getting shot, they’re not drinking. Their parents have really supported through my journey and my goals that I have for them.”