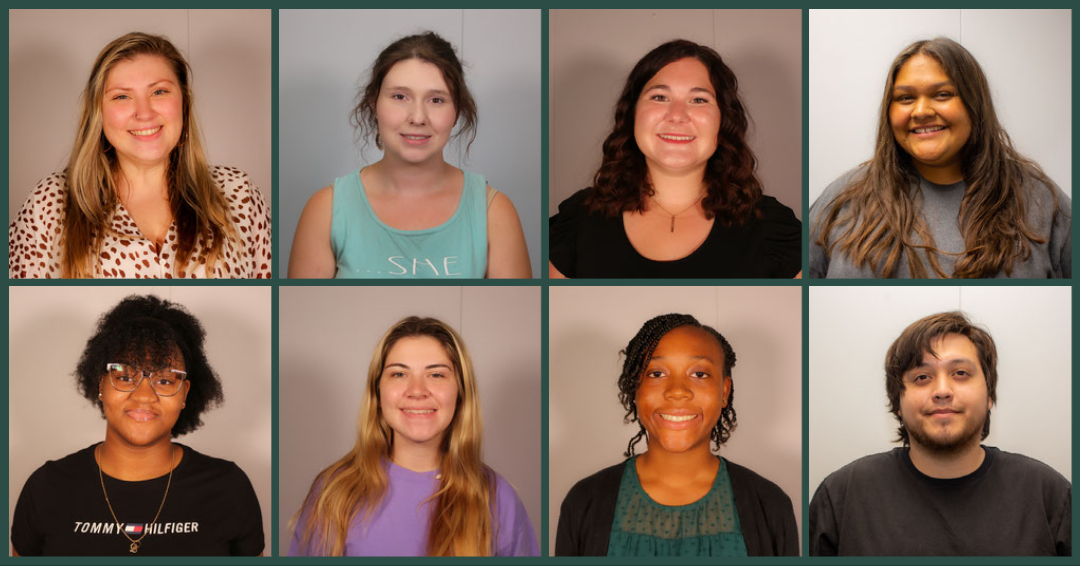 The Beaufort County Community College Foundation is proud to announce the following scholarship recipients for the Fall 2021 semester. These are just a few of our recipients. We will announce more throughout the fall. Registration opens on October 15 for the Spring 2022 semester. While the Beaufort Promise covers all tuition and fees through May 2023, students can apply for scholarships to cover the cost of textbooks.

Alyx Bujalski, 28, received the Robert C. Page Scholarship. The Greenville resident is working toward her Associate Degree in Nursing. She attended Medina High School and holds a Certificate in Phlebotomy. Bujalski plans to pursue a career in nursing and becoming a diabetes educator. She currently works at Vidant Medical Center.

Established by Lena H. Page, RN in 1992 in memory of her husband, this annual scholarship is awarded to a nursing student who demonstrates high academic achievement and financial need. Mrs. Page graduated from the BCCC Nursing program in 1968.

Autumn Cahoon, 19, received the Art & Alice Keeney Endowment Scholarship. The Swan Quarter resident is part of the medical office administration program. She is currently a server at Gingerbread Bakery in Swan Quarter, and she is the daughter of Lisa and Tommy Cahoon of Swan Quarter. Cahoon attended Mattamuskeet Early College High School and plans to work in the medical field.

In honor of Art Keeney’s retirement in June of 2009, as CEO of East Carolina Bank (ECB), which is based in Engelhard, NC, the ECB board of directors established this endowment to recognize both Art and his wife Alice for their tremendous accomplishments at the bank, in the Hyde County community, and throughout the ECB service area. First preference for these scholarships goes to students residing in Hyde County, who have a GPA of 2.5 or better, and demonstrate need.

Established in 2020, this endowment funds scholarship assistance for those students entering health related fields and needing assistance to pay for their education. Dr. Boyette served as the Beaufort County Community College Foundation Board Chair from 1985 to 2016. He had many professional and medical affiliations in his career and was admired and respected throughout the communities he served.

Anna Chavez, 20, received the Dr. Thomas Nicholson Scholarship. Chavez is working on her Diploma in Practical Nursing. She is the daughter of Tina and Manuel Chavez of Creswell. The Creswell resident attended Washington County High School. She plans to work as a licensed practical nurse.

Established in 2014 by Dr. Nicholson’s family, scholarships are awarded to qualifying students pursuing degrees in the medical fields. Dr. Nicholson was a Washington physician with Pamlico Internal Medicine where he practiced for 34 years.

Alicia Foreman, 18, received the Cypress Landing Scholarship. The Windsor resident is working toward an Associate in Applied Science in Information Technology. She is the daughter of Shelly and Stacy Foreman of Windsor. Foreman attended Bertie High School, and she plans to pursue a career in software and join the U.S. Army Reserve.

Alexis Hawkins, 20, received the Louise R. Lester Foundation and Tayloe’s Hospital Pharmacy Scholarships. The Greenville resident is working toward becoming a licensed practical nurse. She attended East Gaston High School. Hawkins currently works at Greenville Toyota as a porter and plans to become a nurse anesthetist in the future.

Adrianna Reid, 21, received the Kimberly & David Teeter and the Washington Women’s Club Scholarships. She is part of the practical nursing program and plans to work as a labor and delivery nurse. The Greenville resident attended Reid Ross Classical High School.

Established in 1994 in memory of Kimberly Anne Teeter, and expanded in 2009 to include David, the daughter and son of Ruth and Vernon Teeter, this scholarship is awarded annually to a student enrolled in the college transfer curriculum and is in good academic standing. Preference is given to the child of a BCCC faculty or staff member.

The Washington Woman’s Club established this fund in 1999. It provides an annual scholarship to a second-year nursing student residing in Beaufort County. Recipients must have a 3.5 GPA and be willing to work in Beaufort County for one year after they graduate from the nursing program.

Austin Squires, 27, received the Cypress Landing Scholarship. The Chocowinity resident plans to pursue an Associate in Applied Science in Medical Laboratory Technology. The father of one attended Washington High School. He currently works at Shoe Department. Squires plans to work as a medical lab technician.

Finish Your Degree with Longleaf Complete