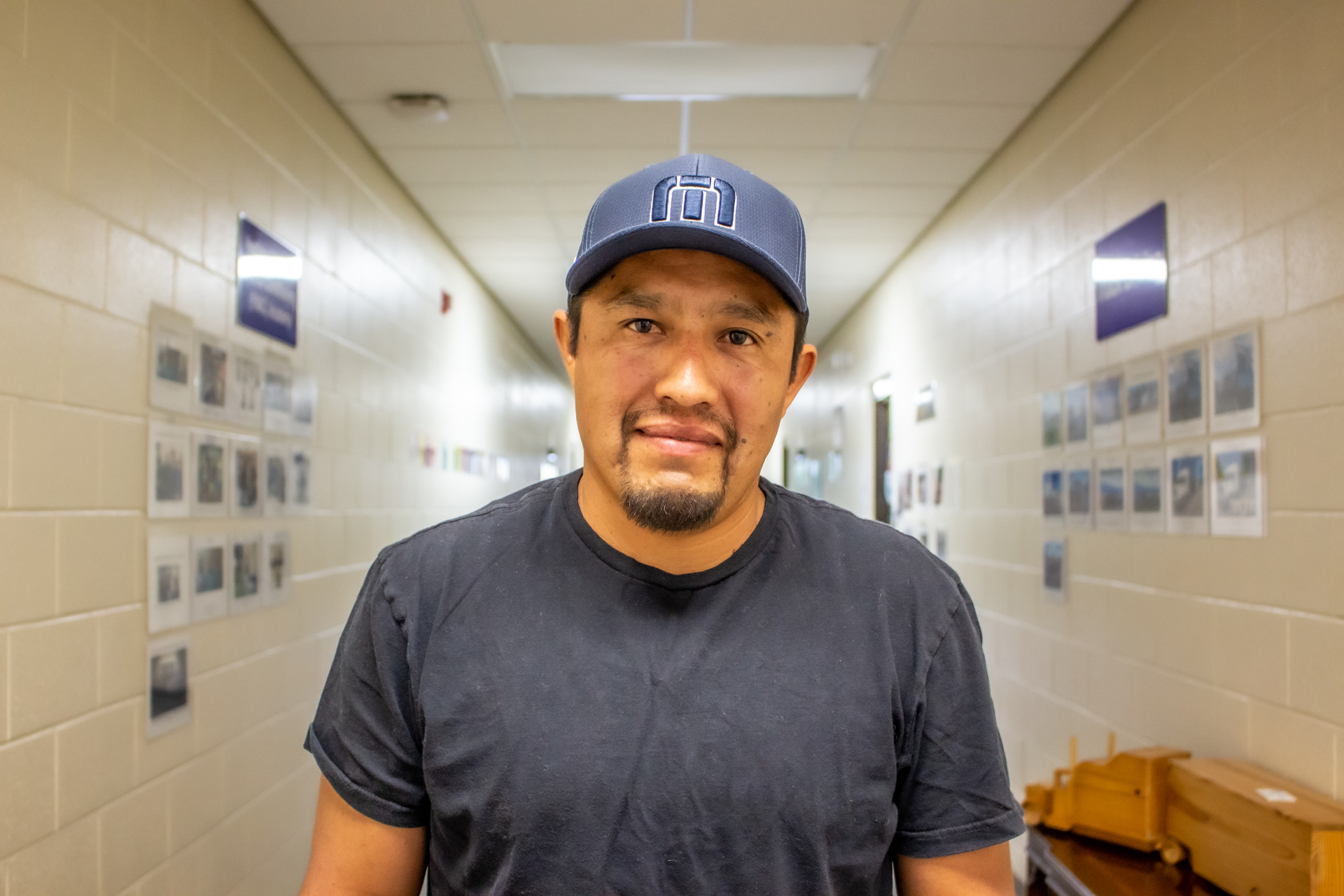 After years of learning English on his own, Israel Mendieta started taking English language acquisition classes to improve his reading and writing skills in the language.

This article is part of our celebration of Adult Education and Family Literacy Week, September 18-24. This national event raises awareness about the fact that 40 million adults in the United States cannot read above a third grade level and nearly 63 million cannot do fourth grade math. One in five adults have trouble reading communications from their children's teachers. One in three adults have difficulty creating a household budget. One in four adults have trouble navigating websites and using digital tools at work. Among immigrants, only half are proficient at English. Beaufort County Community College's College and Career Readiness program offers both high school equivalency and English language acquisition courses to help area residents become engaged members of the community and successful in their work environment.

Learning a new language is a difficult task, especially later in life, but this skill can be essential for navigating life and fostering connections. For Israel Mendieta, taking English language acquisition classes at Beaufort County Community College has helped him improve his English reading and writing skills so that he can handle farm chemicals safely at his job. The free classes are offered at different skill levels on Mondays and Wednesdays, Tuesday and Thursdays, as well as Saturdays at the college.

Mendieta started attending classes after his wife Deire tried them out. He speaks English with a Hyde County accent, where he lived and worked for ten years, picking the language up in the community. But this meant that his English was only as good as the speakers from whom he picked it up, meaning that the formal classes are helping him to correct what he has learned.

“Whatever I’m speaking right now, I picked up on the street or on the job, so I’ve never been to school for English,” he says. He has become far more capable of conjugating verbs into present and past tenses. “After I started to come here, I found out I was not speaking right, I didn’t say the words right, and I would just say the wrong things.”

“I practice at work,” he says. “I’m the only Mexican at work, so I have to speak English with my boss. Sometimes some chemicals come in, and we have to spray, and we have to read and understand what they say or what the purpose is, so I want to understand pretty good. Of course, I like to know better speaking, writing, and reading, too.”

Like most immigrant families, they speak Spanish at home, even as their three daughters, ages seven, 16, and 20, have grown up speaking English. His daughter Alejandra graduated from the Beaufort County Early College High School (BCECHS) and transferred to East Carolina University, while his daughter Janeth currently attends BCECHS.

He attended college when he was younger, but at the time he decided he could do without a degree. When he moved to North Carolina, working and raising a family took priority over becoming proficient with his English, but now, 19 years later, he sees the advantages.

“I’d really like to do some better jobs, he says. “One day I can be my own business. I know that’s not easy, and I know that ain’t going to be tomorrow, [but] I would like to be some time.”

“The teacher has got a lot of patience, really a lot,” he says in praise of instructor Francisco Corichi Jimenez-Garrido. “If we don’t understand, he can go back and explain again. That’s one the main reasons I’m continuing with the classes, because if he don’t, I probably quit by now.”

The night classes run from 6:00 p.m.-9:00 p.m., making it a long day for someone who has worked a full shift, especially in occupations like farming, but Mendieta pushes himself through. He has advanced to the next level of classes.

“Keeping going. Don’t stop.” He encouraged students to stick with the classes so they can have options when it comes to work or that they can feel more comfortable when they have to take their children to see a doctor.

“If you’re still outside, and you still don’t know how to speak English or writing or reading, that’s a great opportunity for learning,” he says. “We’ve got a great teacher to help us do the best.”