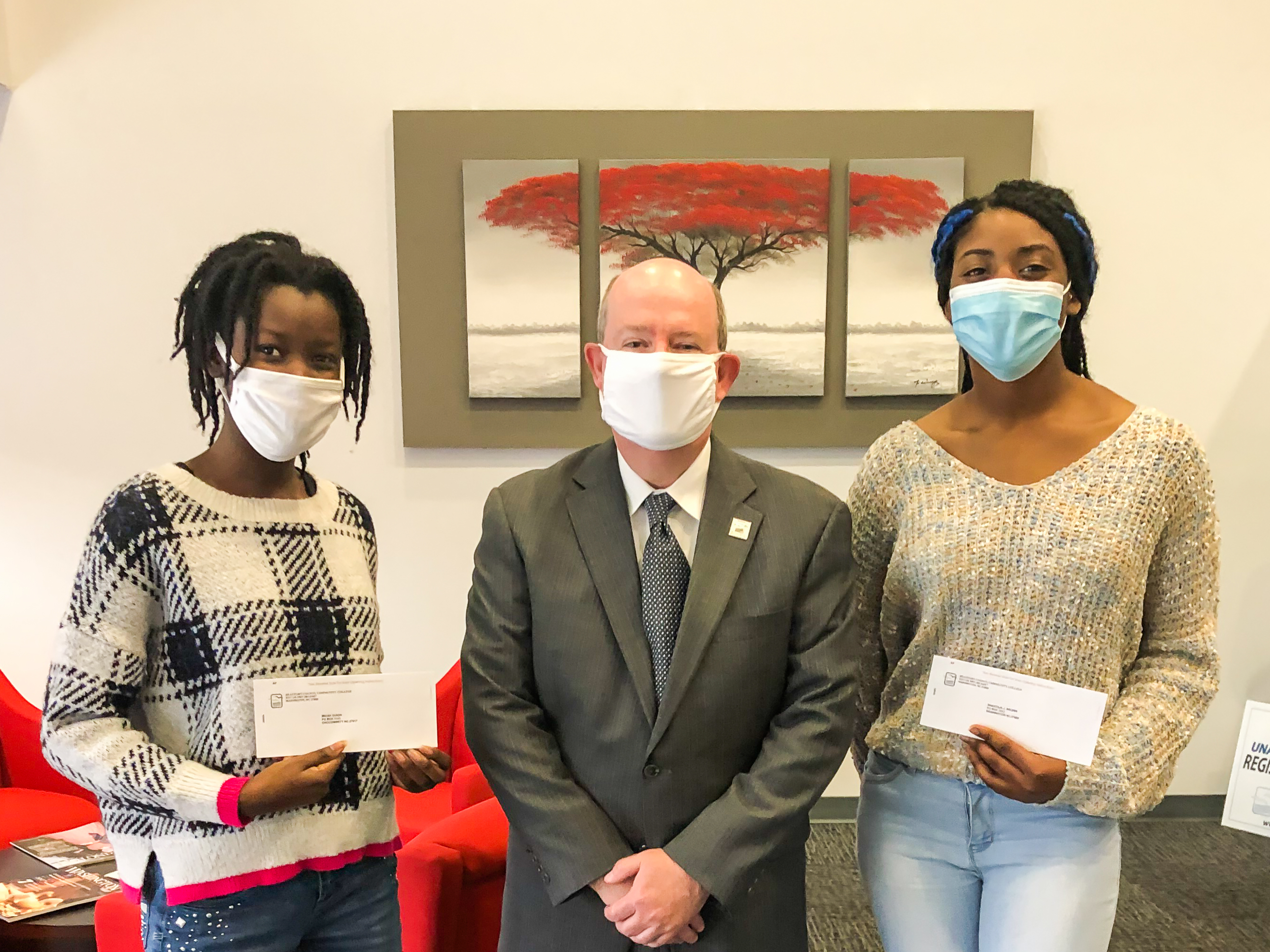 Shantaja Brown, this year’s Dallas Herring Achievement Award nominee, will complete her high school diploma in Spring 2021 and her Associate in Arts in Fall 2021. She is planning to earn a degree in social work so that she can work with and advocate for children and their families.

The Dallas Herring Achievement Award was established by the North Carolina Community College System in 2010 to honor the late Dr. Dallas Herring, one of the state’s earliest advocates of community colleges. The award is bestowed annually upon a current or former student who best embodies Dr. Herring’s philosophy of “taking people where they are and carrying them as far as they can go.”

Micah Guion, the nominee for the Governor Robert Scott Leadership Award, will complete her high school diploma in Spring 2021 and continue working toward an Associate in Arts. She is enlisted in the U.S. Army and will start her service after graduation in June. She plans to earn an Associate in Applied Science in Business Administration to help others start their own businesses. She leads BCCC’s Global Solutions Sustainability Challenge, working with a team of students in Iraq to create a book that brings awareness to the waste created by the arts and entertainment industry.

In 2004, the North Carolina Association of Community College Presidents created the Governor Robert Scott Leadership Award as a way to recognize student leadership on a statewide level while also honoring former Governor Bob Scott. Gov. Scott served as the State’s chief executive from 1968-1972 and then was president of our system for 12 years from 1983-1995.Gov. Scott passed away in January of 2009, but he was very humbled that the system named a student award in his honor. This is an award designed to highlight outstanding curriculum student leadership and service.