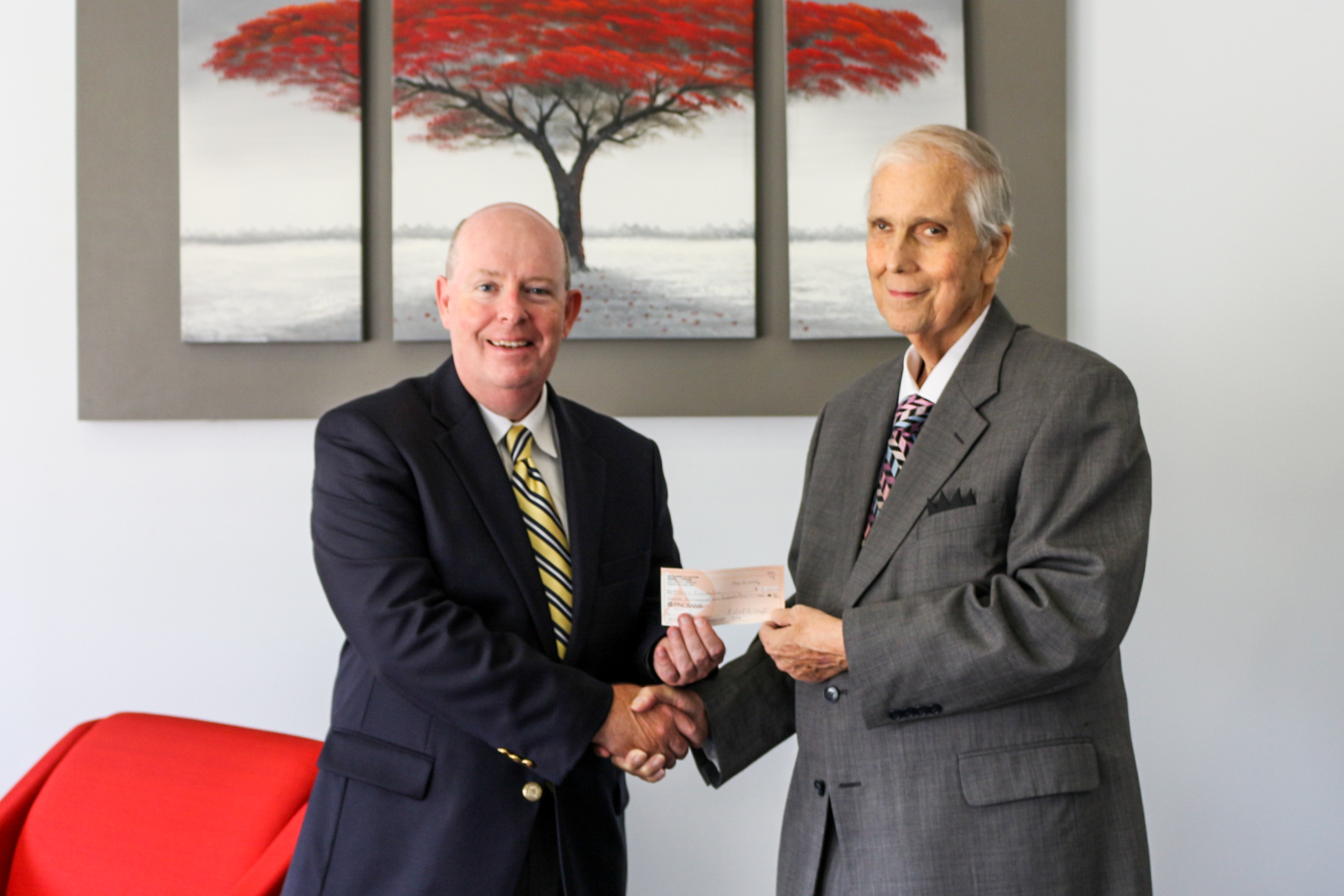 Thanks to a donation from the Cayton family to the Beaufort County Community College Foundation, a new scholarship is available to agribusiness students. The scholarship is in memory of Robert Browning and Rowena Hollowell Cayton.

Darrell, Carl and Robert Burns Cayton started the Robert Browning & Rowena Hollowell Cayton Scholarship to commemorate their parents’ agricultural roots and to help educate the next generation of farmers. The couple spent their life growing tobacco and hogs, and raising their three sons. Darrell and Peggy Cayton, Carl and Annette Cayton, and Rev. Dr. Robert Burns and Debra Rose Cayton decided to start an endowment in celebration of agriculture and the life of their parents in Edward.

Darrell, Carl, and Peggy’s careers were in agribusiness. All three worked at TexasGulf Phosphate (now Nutrien). Annette worked in rural healthcare, and Debra Rose worked in libraries in Beaufort, Hyde, and Martin Counties.

Rev. Dr. Robert Cayton is the Pastor of Concord Christian Church (Disciples of Christ) in Pamlico County. He is a member to the General Board of the Christian Church (Disciples of Christ) in the United States and Canada, representing North Carolina. He has served as Chair of the Beaufort County Community College Board of Trustees since 2018. His most recent appointment to the Board of Trustees began in 2016, but he first joined the board in 1991.

The first recipient of the scholarship is Ethan Carawan.