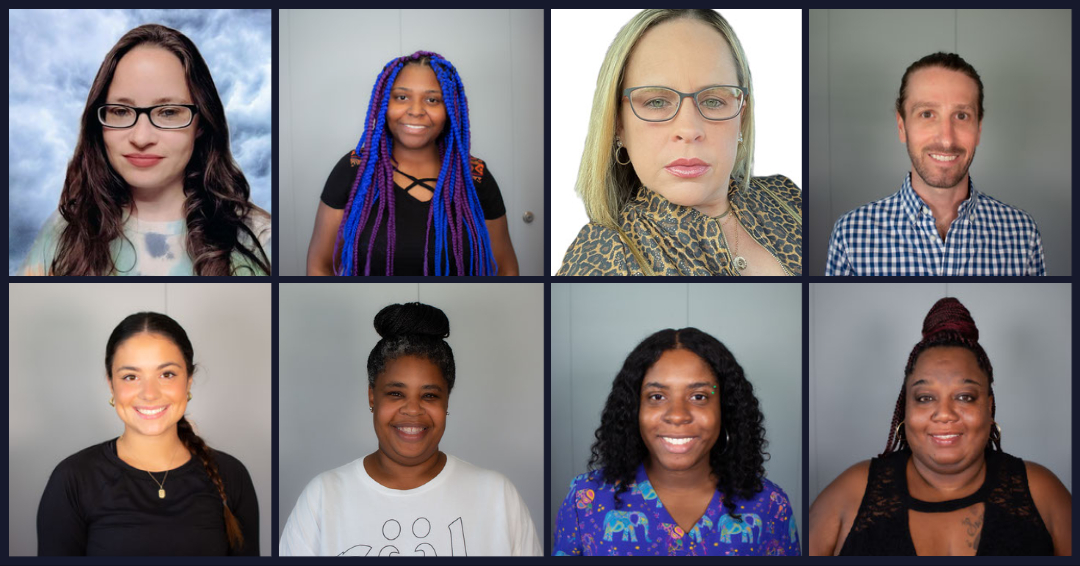 The Beaufort County Community College Foundation is proud to announce these scholarship recipients for the Fall 2022 semester. Registration is open for Spring 2023 courses starting January 5. This will be the final semester of the Beaufort Promise in its current form. Qualified students from Beaufort, Hyde, Tyrrell, and Washington Counties can still receive free tuition and fees beyond 2023. The application period for the associate degree nursing and the practical degree nursing programs closes on January 31, 2023.

Naomi Davis, 37, received the Grey & Jarl Bowers Scholarship. The King resident is working toward an Associate in Applied Science in Information Technology. Davis earned her GED at Fayetteville Technical Community College. She has three children.

Grey Worley and Jarl E. Bowers provided for this endowment in their wills. Grey Bowers was a home economics teacher and Jarl Bowers was a successful businessman and community leader. The Bowers believed deeply in the value of education as well as the mission of BCCC and bequeathed this endowment in 2008 to help students demonstrating need and enrolled in a curriculum program at BCCC.

Midajay Keyes, 21, received the BCCC Board of Trustees Scholarship. The Washington resident is part of the business administration program, and she was homeschooled. She is the daughter of Lacey and Elizabeth Keyes of Washington. Keyes currently works at Dollar Tree as a cashier and plans to be a business owner.

BCCC Trustee scholarship established in 1998 by the Board of Trustees is awarded to a fulltime student enrolled in a curriculum program. Recipient must be in good academic standing, show academic promise and demonstrate financial need.  Students should have a minimum GPA of 3.0.

Melissa Lewis, 40, received the Vidant Health Beaufort Scholarship. The Windsor resident is working toward a Medical Coding, Billing, and Insurance Certificate. Lewis attended Bertie High School and plans to work in healthcare. Lewis has a Bachelor of Science in Health Administration with a Concentration in Health Management. She is a mother of two.

Established in 2018, this scholarship is awarded to qualified students in nursing, MLT, nursing assistant, phlebotomy, or any other medically related program of study. Scholarships may be awarded to curriculum and continuing education students.

Nicholas Peele, 32, received the Bill Pruitt St./Thomas Episcopal Scholarship. The Bath resident is a nursing student. Peele attended Northside High School and currently works at Phelps Chevrolet as a technician. He is the son of Thomas Peele of Bath and Suzy Peele of Washington, the husband of Hannah Peele, and a father of one.

This scholarship is to support a student who is a graduate of Northside High School and ineligible for a Pell Grant. The student must be in good standing with a minimum GPA of 2.75. Preference is given to students entering two-year job ready programs that require an Associate Degree in Applied Science or appropriate certificate.

Erin Shanno, 21, received the Tayloe Hospital Pharmacy Medical Scholarship. The Greenville resident is working toward an Associate Degree in Nursing. Shanno attended Corinth Holders High School. She is the daughter of Gregg and Carrie Shanno of Clayton. Shanno currently works at ECU Health Medical Center as a nurse aide and plans to become a pediatric oncology nurse.

Gustavia Smallwood, 48, received the Clarence & Mildred Hollowell Scholarship. The Washington resident is part of the nursing program. Smallwood earned her high school equivalency from BCCC, and she currently works at Maxim Health Care in Greenville. She is the wife of Eric Smallwood of Washington and a mother of six. Smallwood plans to obtain her degree in nursing.

Clarence Hollowell, Jr. created this endowment to honor and memorialize his parents, Clarence and Mildred Hollowell. Mr. Hollowell, who died in 1979, was a native of Belhaven and a career Coast Guardsman. He and his wife, Mildred, raised six children in Belhaven. The scholarship assists BCCC nursing students who live in or near Belhaven.

Monisha Stokes, 26, received the BCCC Staff Association Scholarship. The Washington resident is in the practical nursing program. Stokes attended Washington High School and currently works at Maxim Healthcare Service as a nurse aide. She plans to pass the NCLEX and become a registered nurse. Stokes is a mother of two.

To receive the BCCC Staff Association Scholarship, students must be enrolled in a technical, vocational or college transfer program, a resident in the state of North Carolina, a full-time student and have completed 12 semester credit hours toward their degree. A student needs to have a minimum of a 2.5 GPA and have excellence in their academic performance.

Nikkea Wiggins, 39, received the Robert Farish Memorial Scholarship. The Lewiston resident is in the business administration program. Wiggins attended Bertie High School and plans to become an entrepreneur. She is the daughter of James and Fostena Bess and a mother of three. Wiggins currently works for Bertie County Schools as a teaching assistant.